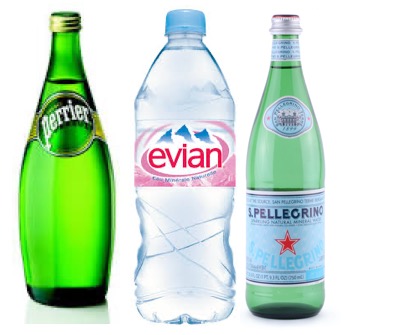 What about Bottled Water?

In 1621, the first bottling of water began at the Holy Well in the United Kingdom. It was a humble beginning in one bottling plant. That doesn’t exist anymore, but the Malvern water from the springs in this area is still bottled to this day.

The practice started in the UK, then spread across Europe and subsequently to North America during the 1700s. The method gained in popularity as natural springs are believed to have many healing properties. Even though it was popular, bottled water only started being commercially distributed in 1767 by Jackson’s Spa in Boston. All the while, bottled water was mostly created and sold as a medicinal remedy by pharmacists.

In the 1800s, technological innovations allowed for some improvements to the practice. These mostly consisted of cheaper glass bottles and significantly faster bottling. Thanks to this, bottled water grew in popularity even more.

The popularity of bottled water in the 20th Century somewhat declined, especially in the US. This was mostly due to the invention of water chlorination, which reduced the dangers of drinking water available from the public supply. However, bottled water still persisted in Europe, and in the 1970s, became popular again.

In the mid to late 1970s Perrier managed to position itself as the ‘Earth’s First Soft Drink’, thanks to Bruce Nevens and James Stevens, the first US CEO and VP Marketing respectively (and later the inventors of Chipwich Ice Cream Sandwiches). Perrier started bottled water’s commercial dominance. Perrier is now known throughout the world for its high level of carbonation and especially for its distinctive green bottle. It’s now owned by Nestlé.

But back in the day, a retailer named Fred Sipper, whom Smithsonian Magazine once called the “King of Bottled Water”, started selling Perrier in his small grocery store in New York City in 1960 called Irving’s Food Center.  At the time, though what was to become a revolutionary idea, started out as a ploy to attract more consumers to his supermarket. Irving’s Food Center had a lot of European customers, especially French clientele, and his tactic worked.

Fred first purchased cases at a time.  Then he started running full page advertisements in The New York Times to promote Perrier and Irving’s Food Center. He began purchasing and selling pallets of Perrier and then overseas containers from France.  Unfortunately, the grocery store was too small to handle that type of volume and he opened a warehouse and a new wholesale distribution company called Mootch and Muck, affectionately named after his parents’ nicknames for one another.

The business grew and Fred added other bottled water brands including Evian, San Pellegrino, Poland Spring, Mountain Valley, Aqua Panna, Contrexevelle, Badoit, Apollinaris, Gerolsteiner, Ferrarelle (to be re-launched in the United States by Evian in 2020) and many more.  He eventually convinced the major and many minor retailers, as well as the trendy restaurants and clubs to sell the first bottled waters in New York and New Jersey.

In came Jack Maguire, a savvy former Vice President of Canada Dry, and the first CEO of Evian USA, then called Great Waters of France.  Jack was a great marketer and teamed up with Fred to create the largest bottled water empire in the USA for many years. In fact, Fred and Jack participated and sponsored the NYC Marathon and catered at first to runners.  Both would run in Central Park at mid-day together to train for the event in pink Evian shirts and sweats, and of course always with a bottle of glass Evian, there was no plastic at that time in their hands.

Fred developed the first bottled water program where he would visit the swankiest upscale restaurants, hotels, and clubs in Manhattan.  His first questions was, “how much money do you make on the free bread you give out?  What about the free tap water you serve with ice that you pay for?”  They soon began to realize that a bottle of Evian at the table could add 15% to their checks.  Fred would also interview the wait staff and initiate his Evian Waiter Program which consisted of training the waiter to convince their customers to buy Evian so that their tips would increase by at least $1.00 per client, if their customer only bought one bottle.

He made an arrangement to meet with all the waiters and outlined his program: 1) When the customer sat down, there would be a bottle of Evian on every table. 2) No glasses of tap water were visible. 3) and if they convinced the client to buy the Evian their tips went up. Since the average waiter would wait on more than 30 tables per night, he or she would earn an extra $30 per night.

He also advised them about the Evian Mystery who would unknowingly have dinner in their restaurant during a defined period of time.  If the waiter even mentioned Evian, the waiter would receive $100 on the spot.

Simultaneously, he convinced chain store buyers to create the first bottled water sections in their stores.  He offered a free fill for every inch of space they gave them.  And if the product didn’t sell, at the end of the month he promised to purchase any unsold merchandise at full retail price. The result: He never had to buy back any bottles.

Fred and Jack convinced Marvin Taub at Bloomingdales to display Evian in their stores and sample consumers in high end departments like fur and expensive women’s clothing. Taub wanted a 60 day exclusive when the plastic Evian bottle was introduced.  The three parties agreed and then Fred pre-sold all of the city’s supermarket chains leveraging the distribution in Bloomingdales.

To this day and since 2000, Fred consults for the second largest online distributor, second only to Amazon, of non alcoholic beverages, Beverageuniverse.com.  He still seeks new bottled waters daily to add to the 290+ kinds and sizes Beverage Universe stocks.

But I digress…and it is time to re-focus on the earlier history.

The Origins of Schweppes and Carbonated Bottled Water

One would think that this is all there is to bottled water, but there’s more to it. In 1783, a Geneva man called Johann Jacob Schweppe developed a process for the manufacturing of bottled and carbonated mineral water. He also founded the now-known Schweppes company that started selling his carbonated water.

This changed the game for the bottled water industry. It was the first time people came into contact with soda water, sparkling water, or seltzer water as we know it in the United States.

Even though Schweppes started the bottling of carbonated water, that water itself had been accidentally developed by Joseph Priestley some 16 years earlier. He discovered that it was possible to imbue water with carbon dioxide. He drank his concoction and later wrote about the unusual satisfaction he gained from drinking it.

Later on, in 1809, bottled carbonated water started gaining popularity in the US as well. Joseph Hawkins got a patent for producing imitation mineral water. As the decades passed, bottles of carbonated water were being sold in the millions.

Bottled Water Market and Its Effects

In the 1970’s few people knew about bottled water. However, they started to buy it in droves as negative reports about US water supply surfaced and trendy discos like Studio 54 and restaurants like Elaine’s and clubs like Regines started selling Perrier.

After Perrier took the market by storm, Mootch and Muck added San Pellegrino and Evian to its distribution trucks to build all 3 bottled water brands in the Metro New York area.  Poland Spring soon joined along with Calistoga, Arrowhead, Badoit, SPA, and other pioneers.

More and more consumers switched from Perrier to non-sparkling waters like Evian and their usage occasions increased.  Evian was in fact the first bottled water company to introduce their products in plastic bottles.  Once this occurred the bottled water industry exploded.  Competitors followed suit using plastic bottles.  And sales have continued to increase for every year since the late 1970s.

Today, centuries after the first bottled water was produced, the entire market is worth around $200 billion and is expected to reach $330 billion by 2023. The enormous growth of the market is being spearheaded by many conglomerates bottling and selling mineral water and carbonated water, thus easing public concerns across the globe about the safety of tap water.

The consumption of bottled water varies from place to place, and it mostly has to do with how safe tap water is in the area. Bottled water is also used in emergency responses when disaster strikes. However, on the other end of the spectrum, it is critiqued for its negative effect on the environment. The usage of plastic bottles is mainly blamed as plastic has a massively negative impact on the environment. Despite that, most companies still use plastic bottles because it’s much cheaper than glass.

Bottled water is now consumed across the globe, with its own distinctive history. Bottled water is a major player in the beverage industry, and its scope is still growing exponentially.

The entire beverage industry continues to evolve, and it is worth the while for every aspiring beverage entrepreneur to stay in touch with the industry insights, as well as to turn to historical takes like this one for clearer perspective. By doing that, you will be better-positioned to create a new shakeup in the industry.