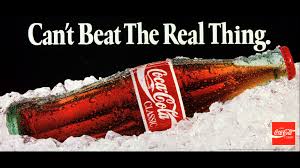 Advertising can be traced back thousands and thousands of years to ancient civilizations. Be it in ancient Egypt, Greece, China or Rome – sharing a message to spread the word to others is a concept as old as time itself. From wall or rock paintings, to papyrus posters, newspapers, billboards, all the way up to radio, television and digital commercials – its transformation is synonymous with the evolution of society.

In terms of its role in capitalist economies, that really took off in the 19th century with the promotion of books, tobacco, automobiles, food, beverages and cosmetics among other things. The concept of creating a campaign around a product to attract and educate consumers started to boom in the early 1900s. Creating a culture, a lifestyle, in which a specific company’s product “embodied” is a concept that, despite its evolution, has been practiced for well over 100 years now. The means in which it is delivered however, has never been more captivating than it is in the modern era.

Back to the specifics of the food and beverage industry, certain companies have been exponentially more successful in creating a culture through their advertising campaigns (commercial or digital), than others. How do you turn a taste into a visual spectacle? Can you think of any that come to mind? Here’s a good place to start – if you can remember a commercial from over one, two, three or four decades ago, odds are, that company did a pretty good job.

Coca-Cola comes to mind, Pepsi comes to mind, Budweiser comes to mind among many others we will dive into. In this blog, we will take a look at some of the best commercials from the food and beverage industry that have become timeless identifications of a company creating a culture that goes beyond their product.

When it comes to all-time commercials in the beverage industry, it is no surprise two of the industry’s giants produced some of the most memorable. Coca-Cola and Pepsi have set the pace for generations while competing with one another tooth and nail. They battled over product placement in movies, running long ads in the 1950’s 60’s, as well as competing for celebrity endorsements. The two combine to spend over $3 billion on advertisements on an annual basis across their different products. Naturally as industry leaders, many of their ads be it during Super Bowls or around the holidays, have become model templates for how to create a successful campaign.

Let’s look at a few of the best from the core products, that exclude the companies sub products such as Sprite, Mountain Dew, Frito-Lay, 7-Up, Gatorade Powerade, Aquafina, Dasani and Vitamin Water.

I’d Like To Buy The World A Coke – Coca-Cola

I’d Like To Buy The World A Coke to this day is still one of Coca-Cola’s most famous commercials from 1971. It portrayed a positive message of hope and love by a group of teenagers from all different cultures that brought a sense of unity around the product. The song was so popular it later became a full-length song and was a hit record in the U.S. and the UK. Coke has used this ad nearly a dozen times since it’s original airing in 1971 which ran during the Super Bowl. The ad cost approximately $250,000 at that time which was the most expensive commercial in history.

Chances are whether you are a baby boomer or a millennial you know where that line is from. That is the power of a great commercial. That is the power of a message that resonates so deeply within its viewers that it essentially becomes timeless. “Have a Coke and smile” personified by the Pittsburgh Steelers star defensive lineman Mean Joe Green, who didn’t get his nickname for being a happy and nice guy.

Because of his rugged personality, and being that he was probably among the last to show any sort of empathy, especially to a child, the commercial really drove home the message during the 1980 Super Bowl as the hobbled Green gave his game jersey to a kid who gave him his Coke. If Coke can make Mean Joe Green smile, it can make you smile too.

As Coke had the leg up on Pepsi during the 70’s, Pepsi Co worked hard to inspire the next generation of Cola drinkers to transition over to their product. To the tune of Michael Jackson’s famous “Billie Jean” the “You’re A Whole New Generation” campaign was born in the 90 second commercial featuring Michael Jackson and his crew along with a younger group of talented dancers, all drinking Pepsi. This 1984 classic also aired during the Super Bowl. Jackson actually suffered burn injuries on the set of making this  commercial in a pyrotechnic accident.

No Pepsi commercial is referenced quite as much as Cindy Crawford’s 1992 moment, in which she does nothing but walk out of a car and drink a Pepsi. Pepsi was featuring a new can in a sexy way with the stunning Crawford who had two poor young boys drooling the entire time. It’s doubtful even an ice cold Pepsi would have quenched their thirst. The commercial was shot to the famous “Just One Look” song by Doris Troy.

No beer company has had more of an effect in advertising than Budweiser over the last century. Their campaigns have successfully hit multiple different demographics, often at the same time. Between their core product, Budweiser, and Bud Light which has grown with the popularity of the light beer sector, none of their competitors have been able to replicate the cultural influence that their campaigns have generated. While their commercials over the last 5 years have been more “light” centric to the younger audience, here are some of the most notable Budweiser commercials in the company’s history.

Airing during Super Bowl XXIX in 1995, the Budweiser Frogs fittingly named Bud, Weis and Er revolutionized the alcohol advertisement campaign industry with their catchy croak of their respective names shot at “the swamp”. It has been dubbed as one of the greatest Super Bowl commercials of all time and as a result of its success, the american beer company produced several commercials at “the swamp” afterwards, with other animals taking the place of the original frogs. Throughout the 90’s it became a mini series in itself on Super Bowl Sunday as viewers anxiously awaited the new year’s version.

One of the most memorable sayings from the turn of the century, Budweiser single-handedly turned a greeting into a cult icon and pegged it to their drink. It became a cultural saying even among kids which demonstrated the kind of outreach the campaign had. Budweiser’s website traffic had almost tripled as a result of this ad. There were several other renditions that came to follow as a result of its success.

The Clydesdales have been around since the 1930’s and have been a staple advertising campaign for Budweiser through the decades. These two touching commercials hit home for Americans in the 2002 and 2013 Super Bowls (see the campaign trend here). Respectively, the ads captured the theme of unity, patriotism and brotherhood. Perhaps none more powerful than the ad of 2002 that ran in honor of 9/11.

The Most Interesting Man In The World – Dos Equis

“He’s been known to cure narcolepsy just by walking into a room. The Police often question him, just because they find him interesting. His blood smells like cologne. He once had an awkward moment, just to see how it feels.” He is,the most interesting man in the world, and while he doesn’t always drink beer, when he does, he makes it a Dos Equis.

The Most Interesting Man In The World campaign made Dos Equis a desirable product in a time when craft beer was taking over the U.S. and sales on imported beer were dipping. Their campaign broke the norm of other beer companies advertising to a younger audience, where on the contrary they portrayed their product as the sophisticated selection.

You probably remember some of the first  Red Bull commercials made, the famous cartoons that were vital in creating the culture of “Red Bull Gives You Wings”. The commercials early on were nothing extraordinary, at times even a bit corny. It was some variation of a cartoon, someone drinking a Red Bull, growing wings, then flying. So simple yet so effective, the slogan actually led people to believe the product would give them wings. This was later settled in a lawsuit believe it or not as people actually thought they would be able to fly. The effectiveness speaks for itself.

The company has been the most successful energy drink world wide as a result of their marketing campaigns. The commercials have taken a shift towards athletics, specifically in extreme sports, as Red Bull is a major international sponsor for events, teams and athletes. Those campaigns have become known as “The World Of Red Bull” which include powerful sporting footage along with inspiring quotes. Despite the new style, Red Bull still close those campaigns with the catchphrase “Red Bull Gives You Wings” be it verbally or written.

Be A Pepper – Dr. Pepper

Airing in the 1970’s, the David Naughton “Im A Pepper” jingle has been renowned as one of the most catchy jingles in advertising history. “Be A Pepper” was the catchphrase for the minute long ad that even included Popeye the Sailor Man chugging down a Dr. Pepper in place of his regular spinach. The song was written by, at that time, jinglist Barry Manilow.

Who didn’t love a Giant pitcher of Kool-Aid crashing through the wall to deliver a thirst quenching beverage? That became the synonymous theme of their commercials over three decades with the giant Kool-Aid man always showing up when children needed a cold drink. Starting in the 1980’s, it is so timeless it has been featured in Family Guy episodes and in a Dane Cook stand up special.

I wanted to include this campaign not only for how incredibly unique it is but to demonstrate a transition the advertising space is seeing now in the digital era, with companies running campaigns on YouTube and other online platforms. Liquid Death is a canned water product we represent, that brings quenching your thirst with water to a whole new level. “Murder Your Thirst” along with “Death To Plastic” are the two flagship slogans.

The brand appeals not only to an ecofriendly approach with their packaging, but additionally to a hardcore artistic audience in a beverage space that is generally thought of as a healthy yet boring. You’d be hard pressed to find a campaign like this airing on television, which is why brands like Liquid Death are utilizing other means to spread the awareness of their products.

In effort to include a few more fun videos for you all to enjoy, take a look at these great videos below.