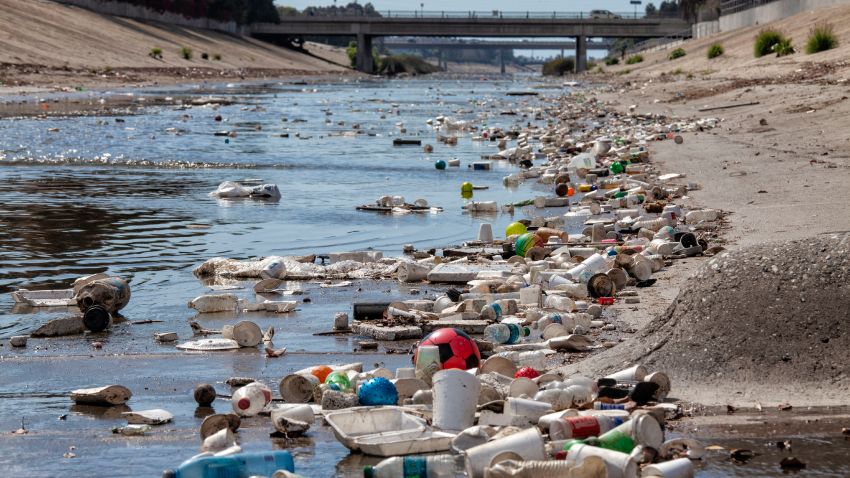 We are all today brought up with the belief that recycling is important. Experts, people of power, and organizations constantly tell us that recycling is vital if we want to ‘save the planet.’ However, the reality is far more complex, and there’s a lot more to it than you might think.

First of all, when we’re environmentally conscious, we are not only saving the planet, we are saving ourselves. It’s presumptuous to think that any of our individual actions can destroy or save the planet on a global level. We are just one living organism among a whole host of living organisms on Earth that has occupied it for millions of years. They all came and went, and the planet is still here. We are a mere second in the entire existence of the world.

In essence, all the bad we do to the planet will only lead to our own extinction, and the Earth will continue to exist long after our demise.

But besides the fact that we are not saving the planet when we recycle, we are also not really recycling. At least not in the way we are told. You want to know why? It’s a long story, but by the end of this post, you’ll know the real truth about recycling – the one no one will tell you.

Before we begin, you have to understand how recycling works in this day and age. Let’s begin:

Recycling has been around for long enough that the very word has come to symbolize one thing – turning something that is no longer useful anymore into something new instead of throwing it away. But how does the recycling process work exactly?

We, regular citizens, throw our recyclable waste into the eponymous blue bin instead of the regular garbage can. A recycling truck comes and picks up the recyclable waste we throw away. The truck then takes the garbage to the recycling plant. There, a very complicated process happens through which all of that garbage is turned into raw materials that can then be turned into something completely new.

Naturally, the process is not endless. Every recyclable product is usually down-cycled, which means that the new product can never be the same as the original. For example, when old newspapers are recycled, the paper will still contain residue ink, and the fibers within the paper will be much shorter and weaker. For that reason, the recycled material won’t be as desirable for the same product, but it can still be used for something else. The same thing happens with most other products. And after a couple of rounds through the recycling processes, the material will reach a point where it will no longer be usable. So, returning to our example of paper, after it’s been recycled repeatedly, the paper will no longer be usable and can only be discarded.

However, that doesn’t mean that some products can’t be up-cycled, because they can. By being smart, we can turn certain products into even better ones. For example, one could make a whole furniture piece out of old plastic or aluminum cans and a bunch of newspapers. Even old wood can be reused to create something new and equally beautiful. However, in the majority of cases, products are only down-cycled and eventually become unusable.

What the Companies Don’t Want You to Know About Recycling

As it turns out, there is a lot that companies aren’t saying. It’s as if they are covering up the big truth, or several of them. The biggest one is the fact that not all plastic is recyclable. This is important because the biggest polluter among the waste we create is plastic. The main reason for this is the amount of plastic we create and how long it takes for it to decompose.

But all of these relatively common products are nothing in comparison to plastic. It takes plastic a whopping 450 years to decompose! Once you take into account that plastic was invented in 1907, you quickly realize that none of the plastic that has ever been produced has decomposed by now. All of it is still here. And do you know how much of it? The latest study from 2017 states that 91% of all plastic never gets recycled. That’s around 8.3 billion metric tons of plastic, and all of it is now waste. What’s more, only 12% of all the plastic that has ever been made has been incinerated. The rest of it is polluting our land and the world’s oceans.

According to National Geographic, A whopping 91% of plastic isn’t recycled, even though we put them in those blue bins! Many mixed plastic and paper cartons (Tetra Pak for example) do not get recycled, contributing to 78 million tons of packaging waste in U.S. landfills as of 2015.

To an extent, this is our fault. But mostly, it is the fault of the brands that create plastic products. For example, Coca Cola has recently been named as the world’s biggest plastic polluter for 2019 – again. An audit that was conducted by Break Free From Plastic, an environmental justice group, has shown that Coca Cola makes 43% of all plastic waste. Nestle and then Pepsi follow Coca Cola as the world’s biggest plastic polluters.

The problem with all of this is that not even the previously mentioned 450-year mark is certain. We don’t know for sure how long it takes for plastic to decompose as none of it has existed long enough to decompose. Therefore, 450 years is just an estimate.

Now, most of us believe that we are doing good when we recycle plastic. So, in essence, if all of us were to start recycling, there will be no plastic waste in the world, right? Well, that’s very wrong. Remember what we said before? The part that mentioned that not all plastic is recyclable? We were talking about the plastic that’s put in the blue bins – the one that’s recyclable according to their label. As it turns out, out of the seven types of plastic that are ‘recyclable’, five of them hardly get recycled at all. According to the Environmental Protection Agency (EPA), out of all the plastic that was put up for recycling in 2017, only 8.4% of it was ultimately recycled. The other 91.6% went to the many landfills and into the ocean. The same report from the EPA states that, on average, 50% of all other waste is usually recycled. So yes, the biggest issue is plastic.

If you think this is already very bad, you will be surprised to know that it used to be better, at least for the United States. It seems that the US used to send about 20 million tons of garbage to China, and they were the ones who were supposed to deal with it. But in the end, they decided that they were not going to do our recycling for us. The same happened in the Philippines and Malaysia. As it turns out, these countries began to have their own environmental issues when it comes to waste. Now, many states or counties in the US don’t even have good recycling programs anymore because of this.

This brings us to the second big truth.

What the FTC Doesn’t Want You to Know About Recycling

The second big truth about recycling involves the FTC or the Federal Trade Commission. As you are probably already aware, most products we buy have that small green triangle symbol that denotes that the packaging is recyclable.

The FTC is the one that allows companies to put this symbol on their packaging. With that in mind, you would expect the commission to have some specific and strict rules which force the companies to create fully recyclable packaging. But alas, that’s as far from the truth as one could get.

The rules and guidelines set by the FTC are very complicated, so I won’t get into them as I don’t even understand them entirely. But what I do get and what it all boils down to is that companies can find many loopholes and vague rules that allow them to put the little triangular symbol on almost anything. And what ends up happening is that a significant portion of the products that boast that symbol still don’t get recycled in the end.

The best example of this is the famous Tetra Pak packaging that’s widely used across the globe, not just in America. As it turns out, Tetra Pak is not as recyclable as we are led to believe. According to the regulations set by the FTC, it is recyclable, but according to common sense, it’s not. That’s because the process used to recycle Tetra Pak is overly complicated and rarely used. Plus, parts of the Tetra Pak don’t get recycled. The result is that a lot of the Tetra Pak packages end up in landfills or the ocean as not all of it is recycled.

Paper, plastic, and aluminum are layered together to make cartons: A typical shelf-stable carton averages 74 percent paper, 22 percent plastic, and 4 percent aluminum. A familiar form of this packaging is unrefrigerated soup or wine cartons.

Refrigerated cartons skip the aluminum and usually contain an 80 percent paper and 20 percent plastic combination to hold in the liquid. The Carton Council of Canada provides extensive information about the composition of different types of cartons and their recyclability.

Tetra Pak is just one example. Many other products are allowed to have recyclable labels on them, and yet they rarely end up being recycled. Even though that’s the case, the companies that create these products want us to believe that recycling is good and vital for us. By doing that, they keep us wanting to buy their products. Because for as long as we are incredibly eco-friendly, we will continue to purchase their products, knowing that what we throw them in the big blue bin will that will send them to the recycling plants. It’s a win-win situation, the companies make money, and we are all eco-friendly in the end. But, as you can see, we aren’t, not really.

So, if so much of the garbage we make ends up in a landfill or the ocean, is there even a point to recycling? Yes, there is.

Even though the big truth is that so little of what’s supposed to be recycled ends up being recycled, it’s still vital for us to keep recycling our waste. None of this changes the fact that a lot of the garbage we create ends up in the recycling plant. And even though a large portion of it doesn’t, that shouldn’t mean we should stop trying altogether. The little effort we make still means something. And it’s not like we can stop buying everything just because we know it might not get recycled.

What we really need is for the FTC to start making better rules. We need those guidelines to be stricter so that companies are forced to create products that will always end up recycled. We also need them to enforce real penalties and impose massive fees for those that don’t follow the guidelines.

However, we also need companies to start finding ways to deal with the plastic and other waste they create that ends up in the landfills and oceans. They are the ones causing the biggest problem with the waste crisis we have today.

We also need consumers to buy less plastic.  Switch to cans and glass whenever you can. Almost everything you can buy in plastic is available in glass or cans.  Ask your retailer to purchase more can and glass beverages.  You have responsibility too.

I feel that the first step towards real change is for all of us to learn the whole truth. Once we do, we can start spreading it. The more people who know the truth and react to it, the more the government and the companies can work towards fixing the mess they created.

In the meantime, you should keep following my blog because more stories like this one are going to follow!