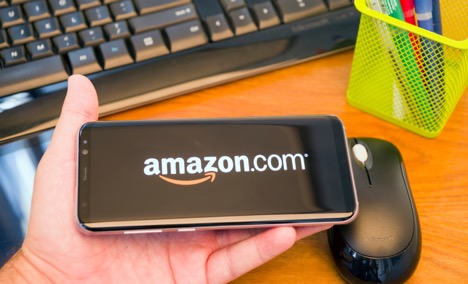 In only 24 years, Amazon.com Inc. has evolved from a little online bookstore to the most extensive digital retailer in the world. Generating $177.9 billion in net sales from its over 300 million users in 2017, it is a giant in many markets, including retail and groceries.

As the company remains true to its four guiding principles – customer obsession rather than competitor focus, passion for invention, commitment to operational excellence, and long-term thinking – its sell-through position strengthened with inroads in new categories. Among other things, it has led Amazon to acquire Whole Foods Market as its subsidiary.

In 2018, the growth trend continues. Despite demanding more dollars for marketing from vendors, Amazon has met planned sales expectations for the second quarter for many categories (14 out of 25), exceeding plans in 9 categories in the changing natural food industry.

Orders from Whole Foods mainly surpassed its planned expectations due to deep discounts for Amazon Prime members, while higher marketing fees discouraged vendors from investing in promotion for their products. As a result, more vendors have opened Seller Central accounts, which allowed them to manage costs better and simplify product launch, and increased direct shipment from Prime Now.

Those are only two critical areas to watch. But if you want to learn more about other changes in 2018, there are other trends to look out for in retail and grocery as the year draws to an end at Amazon.

In May 2018, the cost of Amazon Prime membership rose to $119. And while some vendors viewed it negatively, most don’t expect any significant impact on service use. It comes down to the advanced features included in the membership to its users, including Amazon’s marketing tools and expanded offering on Amazon.com platform. A natural food vendor even said:

“Amazon keeps offering more and more benefits [for Prime members], so I don’t think [the higher annual fee] will have any impact. Prime members value that service so much.”

And payment fees and commissions to Amazon were also raised in most vendor contracts. Because of the 10% increase in rates, all vendor contracts from 2017 are invalid, and sellers need to sign a new 2018 contract.

But it’s important to remember the terms in the new contract are negotiable. And while vendors do encounter additional fees, like fulfillment fees, inventory fees for storage, out-of-stock penalties, and accrual fees, it’s important to accept Amazon’s demands and negotiate a 2018 contract.

Amazon’s main competitors are Walmart.com and The Kroger Co., closely followed by Walmart’s Jet.com, Walmart brick-and-mortar stores, Target Corp. and Thrive Market Inc. However, most vendors agree that no e-commerce platform or store chain can compete with the retail giant when it comes to grocery retail.

However, Kroger and Target are making breakthroughs in grocery assortments and improving the shopping experience for their consumers. It seems to be generating interest among some vendors, as Kroger, for example, is placing standard category managers in charge of specific category managers and buyers. But it is yet to generate the amount of attention required to disrupt Amazon’s large-scale operation.

Amazon’s Prime benefits (10% discount on all items and steep “Prime Member Deals”) helped increase sales during the second quarter in 2018 at Whole Foods Markets. The Amazon subsidiary saw an initial redemption rate between 60%-70% in June, but the figure is likely to reach 80% by year-end.

Prime Deals and promotion also aided vendors in their efforts. Many natural and organic vendors stated their Whole Food orders exceeded expectations, with almost all of them meeting their planned goals.

Despite this, vendors will bear the cost of those mandatory 10% discounts, which may result in several sellers reducing budgets allocated for promotion. However, for most of them, the price will be worth the effort if Amazon can deliver the right sales volume with Prime discounts. And according to the amount of sales Amazon made – it can.

Grocery Sales on Amazon.com and Fresh

In 2018, Amazon has made a lot of efforts to increase its foothold into groceries. It has led natural and organic food vendors to a very successful quarter with their sale of non-perishables on Amazon.com, than of perishable items sold on AmazonFresh. Also, over 65% of vendors exceeded planned order figures, which led some of them to improve their use of Amazon Marketing Services (AMS).

More and more vendors are turning to e-commerce SEO and search terms with AMS for marketing, than, for example, offering customer incentive programs such as coupons. On the other hand, vendor spending on ads has also increased but not significantly. Still, the combined efforts of both marketing tactics resulted in a higher revenue stream than in previous years.

In contrast, vendors who used AmazonFresh did not meet expectations. Their sales quotas fell below plan. They attribute this to significant reorganizations within the company, as AmazonFresh and Prime Now are hiring more staff in Seattle and distribution networks get realigned to handle perishable goods.

Another critical factor influencing all of these changes is Amazon’s plan for rapid expansion. In short order, AmazonFresh is planned to move from the current eight-hour delivery format to a new two-hour delivery, which will make it stand out even more from the competition.

A new app is also set to be launched shortly, as Amazon wants to consolidate all of its grocery platforms in one place. But, until now, there is yet to be an integration of all purchases into one system, as Amazon.com, AmazonFresh, Prime Now, and Amazon Go remain separate from Whole Foods.

Finally, Amazon is moving towards direct shipments to reduce the reliance on United Natural Foods Inc. The plan is to allow room for rapid expansion of Prime Now with a hub-and-spoke system that will revamp warehouses and transportation logistics for perishables.

Keep up to date with the latest innovations, trends, news, and so much more in the retail and food and beverage. Stay on top of best practices when it comes to marketing and sales, and gain insight from inside the industry.

With new developments each week, a piece of news, a new strategy or business model might catch your eye and lead you to apply it to your business to –

Seize the opportunity! Grow to scale! Realize the potential of your business! Become a leading influence on the market!